MEET THE PARENTS - THE FINAL EDITION

The tension of the grand finale gripped the nation. Narcolepsy (noun: a condition characterised by an extreme tendency to fall asleep whenever in relaxing surroundings) was reported on mass across the country. Medical authorities were on high alert and Dictator Dan from Victoria issued a proclamation ordering a ban on all contact with Locky. His lips have seen more action than the security guards at Melbourne’s quarantine hotels. Blistex has sold out. And just when we thought that the only deformity lay between is ears, Locky disclosed that he truly is the chosen one with the revelation from the book of the Third Nipple.

With 4 girls still standing, it was time to “Meet the Parents” with appropriate social distancing.

A yoga date with the kookaburra muncher and then, afternoon tea with the two feminist mummy’s (and a distant relation) found Locky exercising his swagger and charm. “Locky, what do you think of feminism?” And his response, “Listen you dumb fucks, I am the Bachelor, I have just dated 25 girls, pashed 15 and told at least 10 that I am feeling a deep connection with them, groped 8 and tickled 19 tonsils with tongue... Of course I respect women”. A perfect answer. The testosterone infused atmosphere and that Locky charm, soon had the mummy’s requesting a sperm donation! Yes, Locky was swinging some prize bull and we all know he’s a prize wanker too. Let’s just say, you can get a little lucky with a little bit of Locky.

Next stop, Rose Bay Sydney and a little paddle boarding with new Insta Star Bec. Her followers on the rise, like Locky’s crotch. And Locky meets the family. 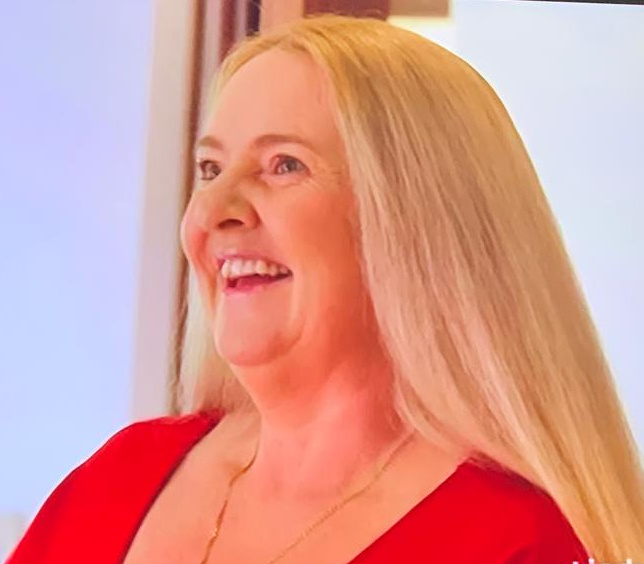 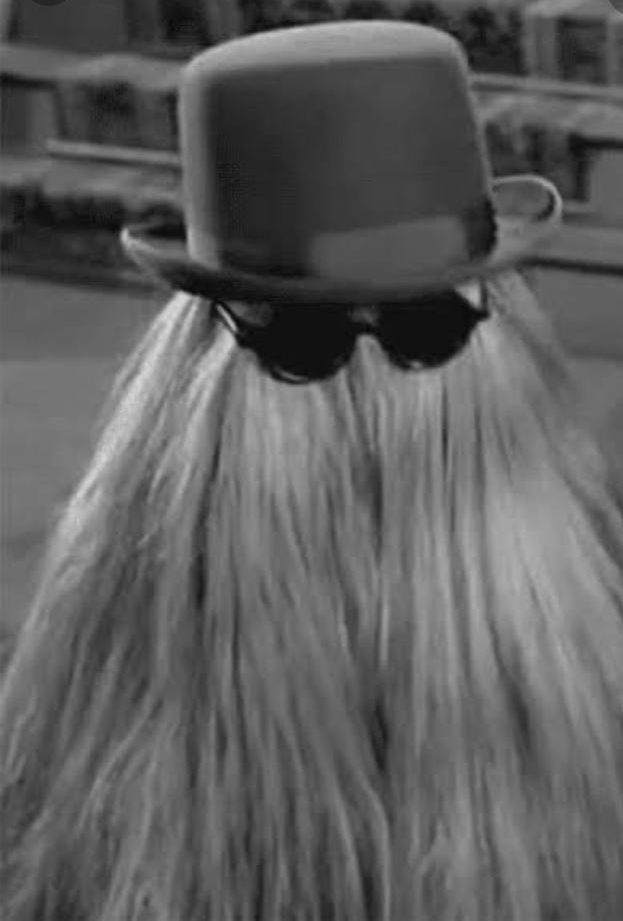 And as for Bec's brother, this is a tale he can tell at the 3rd Reich Barber Shop who cut his hair.

Next stop Darling Point and enter Zorba, Bella's dad and some penetrating questions about the length of Locky’s schlong. Swipe left, swipe left... 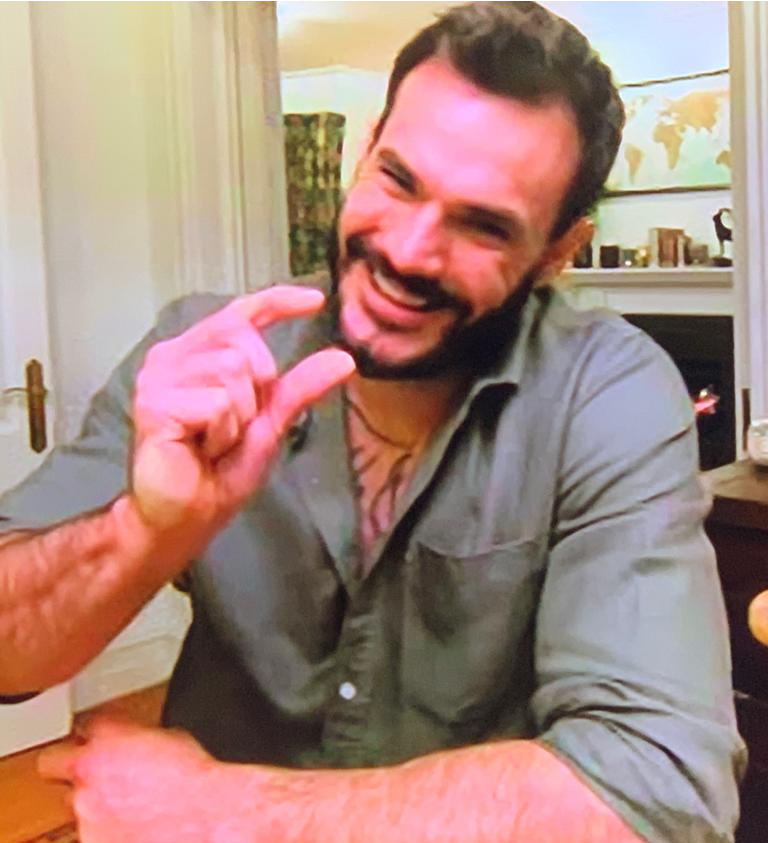 But Locky struck back and asked Zorba a question, answer below..

On Bella's departure, there was a flood warning alert from the Bureau of Meteorology. Chance of precipitation 120%.

Meanwhile Dictator Dan, refused permission for Irena’s family to leave Victoria. Issuing a statement considered a broadside against NSW hosting the Bachelor. He said, “I am better looking than Locky Gilbert, I am smarter than Locky Gilbert and I have my own TV Show, called “Postcode Covid 3000”, he can go and get fucked.” He went onto say, “I am authorising a citizen’s arrest if Locky Gilbert crosses the border.”

The position of the Victorian Government was delivered personally by Osher. It seemed that the Bachelor was posing a threat to federation.

The self promotion and sponsorship of products during the program had not assisted with the finances and Osher has taken a 2nd job selling 2nd hand Nissans, complete with USB ports.

Irene’s family are charming including her handsome father Igor.

Irene’s brother happens to go to the same barber shop as Bec’s bother. They got a two for one.

Fashion tip for Locky, don’t use hot water when you wash your pants. Shrinkage. I thought he understood this concept from his time in various water scenes throughout the series including THAT bubble bath...

So finally the last Rose Ceremony and Locky losses it. Yep, he was “shittenit” (pronounced shit-en-it) And we are down to the wire, it is 4 nipples verses 3 nipples.

Didn’t you love Irena and Bella’s sisterly bond as they stood there after the Rose Ceremony.

This blogger will resist the temptation to take the final piss.

Suffice to say, that our man of steel disclosed to the nation a character flaw so despicable that he should have his chest stripped of his mega tattoo, HONOUR and STRENGTH and replaced with BOGAN and STUPID. We met his mother and found that Locky is really a snivelling mummy’s boy. And when she raised the possibility of Locky marrying both girls, I thought finally, there WAS going to be a Mormon intervention. But no, if Locky was a gladiator he would most certainly be the “Gluteus Maximus” of the Roman empire. So overcome with his fuck-up, the snivelling fool then produced more tears than Roxi’s combined effort across all cocktail parties.

The show and its producers completely shredded their integrity in my eyes by allowing this buffoon to declare his love for 2 women. Or did the dimwit not read the premise?

Man falls in love with ONE woman not two. Man declares love for ONE women, not two.

No matter how feeble his dimwitted intellect has been portrayed, this bogan of bogans had no right to inflict emotional hurt upon a contestant by a declaration of love given freely and then withdrawn. "I love ya, I love ya", followed by a tonsil examination can lead a girl on Locky and can break a heart. And for this reason, I pity poor Irena. The biggest loser.

When the ‘champers’ bubbles finally settle, and the last Bunning’s lantern flickers into darkness, love lies dying in the dumpster trash of this pathetic tripe. Sold to millions of people as the ultimate expression of romantic love, this years Bachelor has plumbed new depths of feeble minded stupidity, banality and vulgarity whilst providing a show case of mediocrity that truly defies imagination.

SHOP NOW - USE CODE BACHELOR20 for 20% OFF Store Wide JD Watt, author of the book “BURNT”; the shocking true story of a woman’s deception and a man’s broken heart, is a divorced, devastatingly handsome, affluent single 51-year-old professional. He lives in the wealthy Eastern Suburbs of Sydney Australia. He is also a blogger giving his advice on love, relationships, sex and dating from the perspective of a middle-aged guy having learnt so much from his decade long search for “the one”. Intelligent, established, sophisticated, cultured, honest, kind, loving, generous, tall and handsome, JD is every woman’s dream.

He offers advice on relationships and how to read the signs, so you never get “BURNT”. JD believes in love and so should you. BURNT by JD Watt is available on Amazon, Kindle and on online Booksellers globally. Download or buy your copy today.

JD Watt is not a psychologist or therapist; he bases his advice and opinions on his own life experience.

Sausages in Tights - One Man Rose

The Bachelorette - The sausage party.. TWO heroes will rise